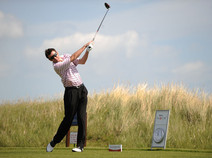 I took up golf at the age of 5 and soon decided that I wanted to become a professional golfer. I joined Maidenhead GC as a junior member before moving onto Stoke Poges GC. As a 17 year old I got my handicap down to scratch.

I have won numerous tournaments as a professional and an amateur. My amateur victories include the Berkshire, Buckinghamshire and Oxfordshire (BBO) U21s Championships and the prestigious Sunningdale Foursomes with former world number 1, Luke Donald. We were the youngest winners in the history of the event. As a professional I have won many pro-ams in the South of England. I have also won the BB+O Assistant Professionals' Championships.

I have represented BB+O at boys', colts', men's and professional level.

In 2003 I decided to follow my passion for coaching and became a PGA professional. I completed my PGA training at Henley GC before moving onto the golf department of the Reebok Gym in Canary Wharf as the head coach. I am currently coaching at The Lambourne Club in Buckinghamshire.

Currently, I have over 100 pupils of all ages and abilities and I still compete in many tournaments both locally and nationally.

Mike has always been a very good golfer with a good eye for the swing and a sound knowledge of the swing mechanics. I would whole-heartedly recommend him as a coach

Mike possesses a very deep understanding of all aspects of the game of golf. I cannot recommend him highly enough for those who are serious about improving.

When we lived in the UK our 3 children were coached by Mike who was a fantastic coach and brilliant with the children.